Over the Edge - The First Excerpt

To my dear blog followers:

The time has arrived!

Dahlia is a novice Healer who is accepted into a mysterious school in Seattle that teaches Curative Touch - only to realize too late that she and the other students are being used as a Guinea Pigs for newly-adult Sex Demons in training in the usage of their own powers. But Dahlia has done the forbidden: She's fallen in love with her Demon instructor and unearthed the truth. 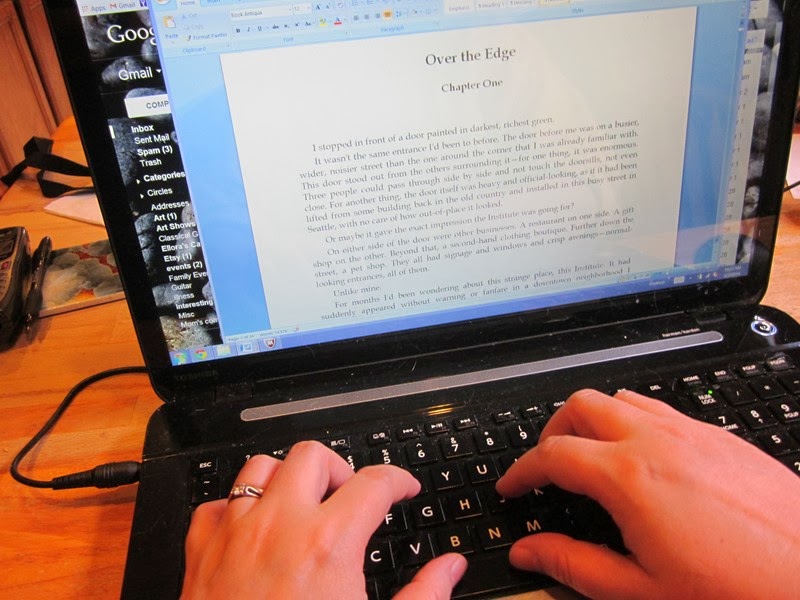 Over the Edge - The First Excerpt
(the opening two pages of the book):

I stopped in front of a door painted in darkest, richest green.

It wasn't the same entrance I'd been to before. The door before me was on a busier, wider, noisier street than the one around the corner that I was already familiar with. This door stood out from the others surrounding it—for one thing, it was enormous. Three people could pass through it side by side and not touch the doorsills, not even close. For another thing, the door itself was heavy and official-looking, as if it had been lifted from some building back in the old country and installed in this busy street in Seattle, with no care of how out-of-place it looked.

Or maybe it gave the exact impression the Institute was going for?

On either side of the door were other businesses. A restaurant on one side. A gift shop on the other. Beyond that, a second-hand clothing boutique. Further down the street, a pet shop. They all had signage and windows and crisp awnings—normal-looking entrances, all of them.

For months I'd been wondering about this strange place, this Institute. It had suddenly appeared without warning or fanfare in a downtown neighborhood I frequently passed through—I remember well the Friday afternoon I'd first seen this green door. I'd stopped in my tracks on the sidewalk, wondering where it had come from, wondering what lay behind it, curious to know what sorts of mysterious things went on in a place called the Institute of Curative Touch.

And wondering if I'd ever work up the nerve to study there.

Well, I did work up the courage. I went on-line. Found their website. Discovered to my joy that the Institute would be running an intensive eight-week Curative Touch session that summer. The students—only twelve would be selected—would stay in the Institute's living quarters, eat the Institute's food, have limited contact with the outside world, and would attend daily lectures, practicums, and healing demonstrations. The website warned that students were expected to "live and breathe" Curative Touch so they could participate in a "rigorous learning experience like no other".

I studied the website for hours, feeling like it was written with me in mind. Do you gravitate to people in pain? Lord help me, but I did. Do your hands itch to touch people? Yes! Sometimes I had to sit on my hands to keep them from roaming. Do you long to harness your inborn healing talent? Do you desire to be effective in your healing efforts? Are you willing to learn from those who have vast experience in the healing arts? Yes! Yes! And yes.

Best of all, I could afford it.

It wouldn't be difficult to schedule a hiatus from my freelance journalist work—I was my own boss and I was long overdue for a vacation. I checked with myself, and of course I said yes. Besides, I might write an article about my experiences at the Institute—it was bound to be interesting. I set up a tour, as requested of all potential students. On the appointed day, a delightful fellow named Jobeem met me at the side entrance. He led me through the main lecture hall, several classrooms, and a library.

The next day I filled out the Institute's registration form and wrote three get-to-know-me essays—The First Time I Thought I Had Healing Touch, The first Time I Knew I Had Healing Touch, and The First Time I Was Shunned For My Healing Touch. The instructions had been to write a page or more about any three topics. Prospective students were urged to be as honest as possible, to delve deep, and to explore their feelings because everything would percolate to the surface when the coursework started and there was no sense hiding anything. So I told them everything. I put everything I had into those essays, even the thing about my grandmother who also had healing touch, and her mother, and hers, and so on.

I bit my nails.

Four months ago I received my acceptance letter and immediately sent a rather hefty deposit.

I gushed about my summer plans to anyone who would listen.

And it didn't even bother me much when people said I was crazy.

Two weeks ago a stack of handouts arrived in the mail—among them, What Should You Pack?, What to Expect While You're With Us, The History of Curative Touch, and How Much Can a Touch Healer Accomplish in Today's High-Tech World?

Yesterday, I took Pretty Kitty—my cat—to stay with my grandmother.

All of which led me here, today, to this green door and to the new-student orientation. My adventure was about to begin.

I tucked my hair behind my ear and took a calming breath, wishing I'd taken the time to eat something before coming here, wishing I had my camera, wishing that someone could take a picture of me by this antique door, all daring and poised on the threshold of my new life. As soon as I went in, I'd begin transforming into a newer, better version of myself. I'd be Dahlia Rehnquist, future healer. But I didn't have a camera. It hadn't been on the packing list.

I was about to go in when a man came from behind me and reached for the doorknob, startling me.

He looked at his watch, then at me. He didn't say anything.

I gave him a sidelong look. I liked his eyes. He was a bit older than me, probably. He was tall, with wavy brown hair just long enough to brush his collar. He wore a dark jacket and had a sleek, many-pocketed backpack slung over his shoulder. He was handsome in a sandals-and-socks-in-winter athletic sort of way, a very Seattle look. A look that I'd always been partial to. Was he a student at the Institute, like me? Was he heading to the orientation?

He opened the door and offered me a fleeting smile. "After you." 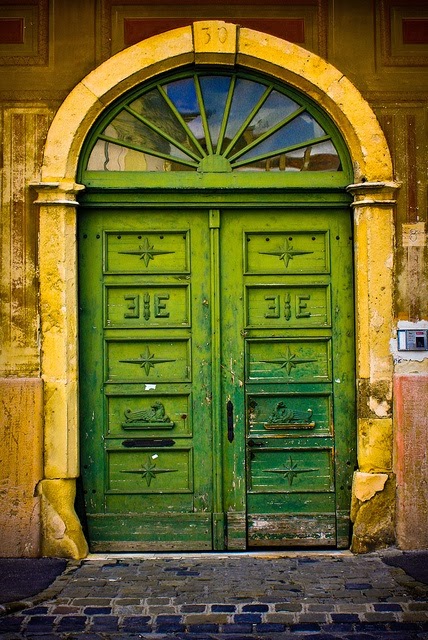 Thank you for reading.
The Second Excerpt will come next week...
Posted by Unknown at 4:19 PM