My Cat has Devil Eyes

In honor of Halloween: Smokey with the Devil Eyes! 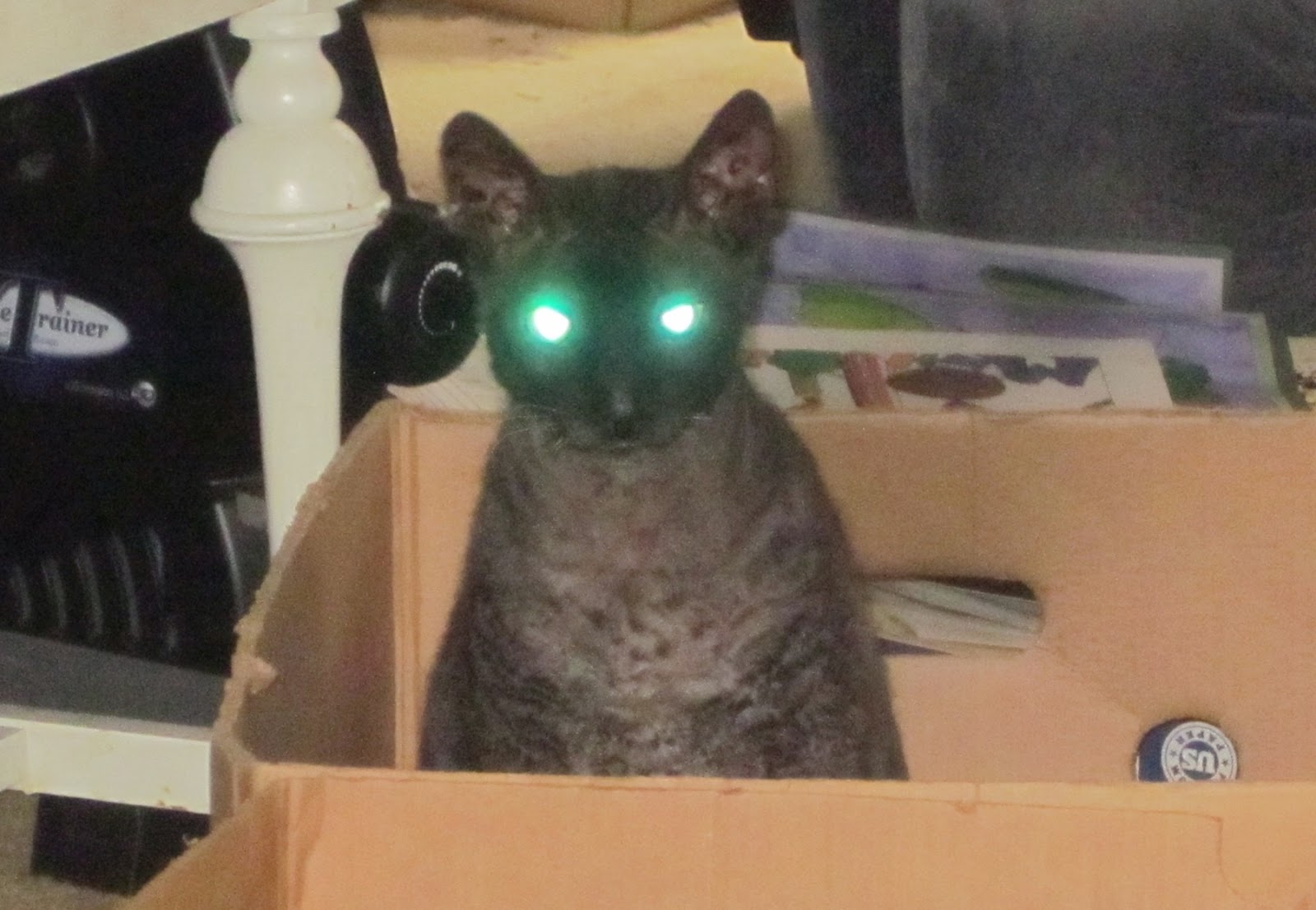 I took this picture of him in July, when we were going through some boxes that needed sorting. Pretending to be a true cat, Smokey-the-devil-cat jumped into a just-emptied box. But I caught his true nature! (No photoshopping - the green flash of his eyes looked just like this when the flash went off. Weird!)

Out of nowhere, this Devil Cat jumps up in front of you, hissing and growling! You must fend him off - but the only thing you can use is whatever happens to be to your immediate left.

Aliens and Cinnamon Rolls: What do they have in common? 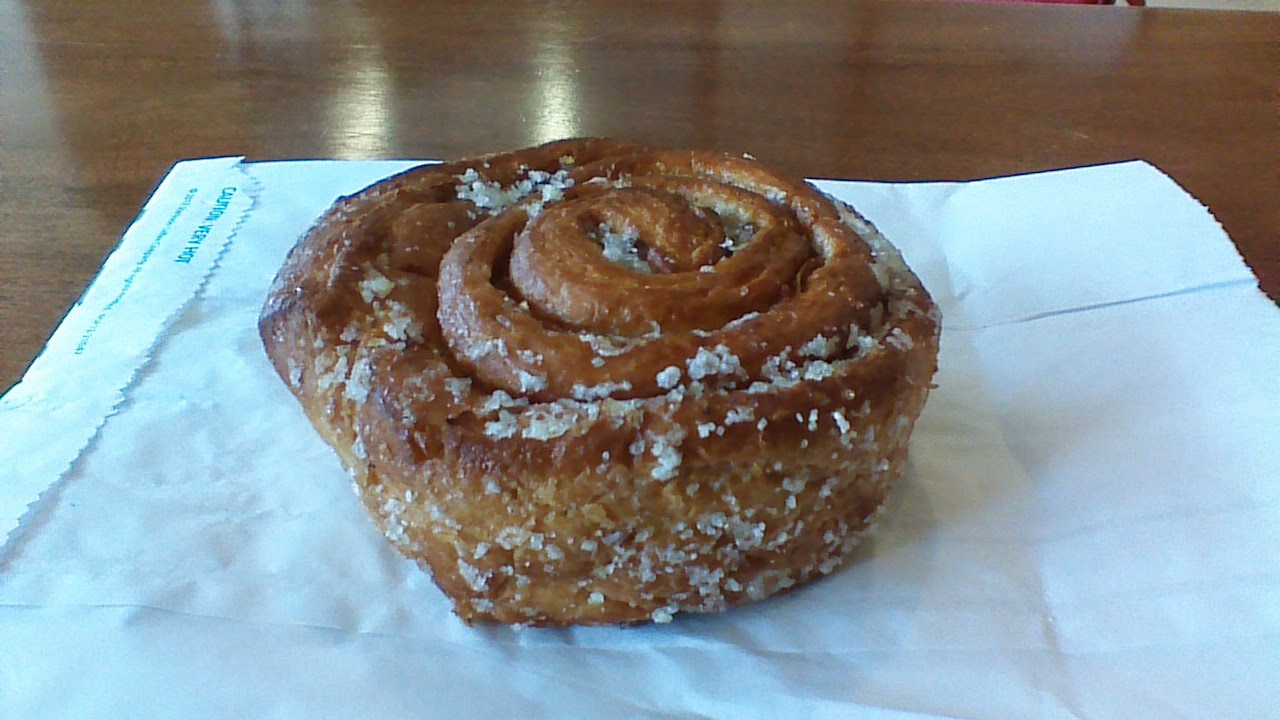 Yes. It tastes just as good as it looks.
﻿
﻿
It's been more than a month since I've posted here, which is hard to believe. Life has thrown hammers at my head, and wrenches, and an anvil also (might as well throw in the entire tool box!) - but now I'm tentatively putting hands to keyboard and getting back to writing and blog-posting. It feels so good to get the creative juices flowing again.

I've been working on "Drawn to Scale", a new, just-for-fun sci-fi short story. I'm already more than seven thousand words into it (that translates to about 24 pages). Maybe it will grow into a Novella? I don't know, and I don't really care. I'm enjoying the writing.

The main character in Drawn to Scale is an alien linguist who has come to Earth as a Happiness Corp Volunteer (think Peace Corp). She has just experienced an unexpected "togetherness moment" with her Earth man counterpart ... but she's horribly embarrassed and upset because no one bothered to tell her that on Earth it is appallingly rude to mash up cinnamon rolls between your hands and lick off the resulting goo.

As you can see, I'm having fun with this story.

I am currently at the Starbucks in the hospital lobby while my husband is at his Yoga class. I'm eating this surprisingly delicious cinnamon roll in honor of the pastry in my story. Research, you know... although I'm not eating it the same way my character would! 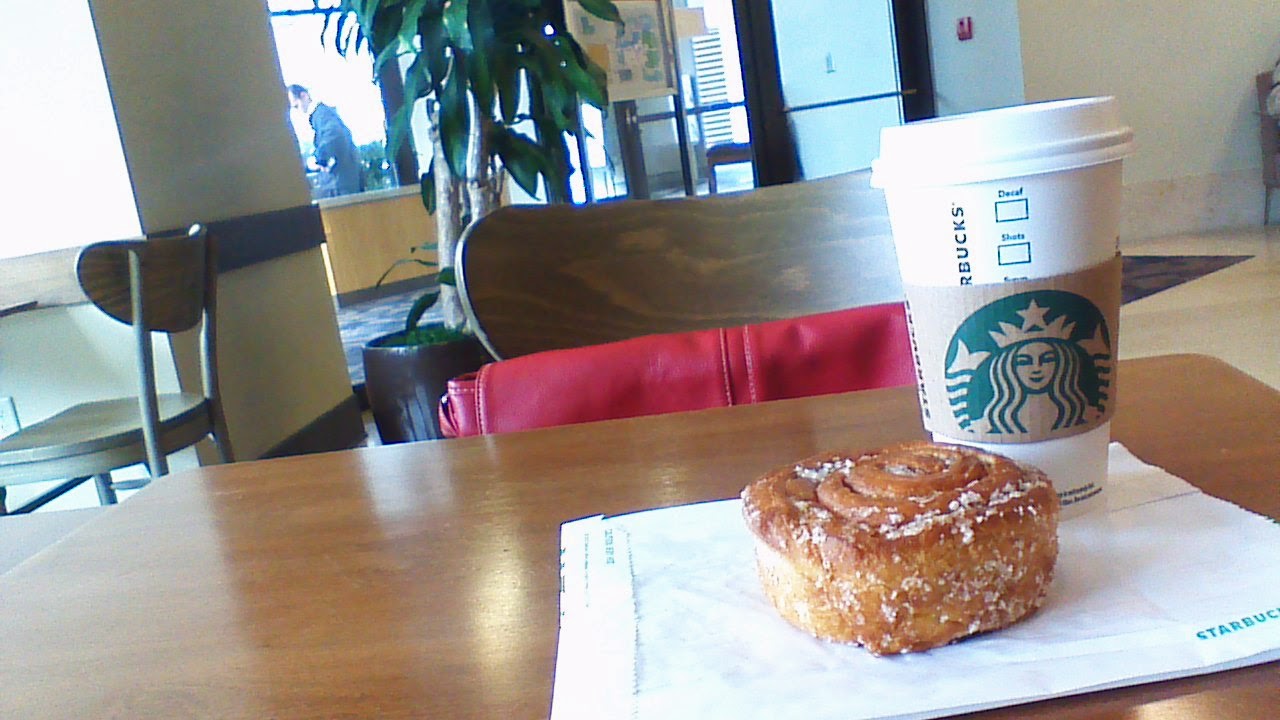 The drink is a Pumpkin Spice Latte.
Oh boy, I think I'm going into sugar euphoria!
﻿
Posted by Unknown at 1:40 PM No comments: