The Intrepid Eavesdropper has had very slim pickings lately. Warm spring weather this past week has lured her subjects out of coffee shops and into the wild blue yonder, causing her to go days on end without adding to her eavesdropping notebook. But fear not. Today it rained. And rained. It rained so long and hard that people were driven back inside where they belong, where they could go back to having fascinating conversations for the sole benefit of an eavesdropping writer. 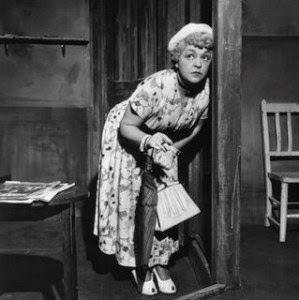 Oh Dear. What Shall I Do If They Don't Come?

Today's eavesdropping snippets were gathered in a few short hours at Zoka, while it was raining cats and dogs. I am sharing two short snippets and a longer one that I found particularly poignant.

Two women are making their way slowly through the coffee shop. They're on their way out, and one of them is on crutches. She's hobbling in a slow, painful way, her foot encased in one of those newfangled shell things that isn't a plaster cast but isn't just for pretty, either. She grimaces with each step, but is trying to go quickly for her friend's sake, swinging the crutches in wide arcs with a clack-clack sound.

The friend is trying to cheer her up. "You're moving with those things! Speed Racer, you are."

They stop to let a mother and child pass.

The injured woman takes another tentative step. "But you know what? If a bear was after me, I'd be toast."

The friend pretends to look over her shoulder. "It's dangerous around here."

"No kidding. This coffee shop is prime Grizzly habitat."

They laugh, wrapped up in their own little drama. The friend holds the door open so her buddy can hobble out. I see them going slowly down the sidewalk, chatting and laughing all the way. Too soon, they're lost to sight. Lucky for them, the bears all seem to be hibernating. 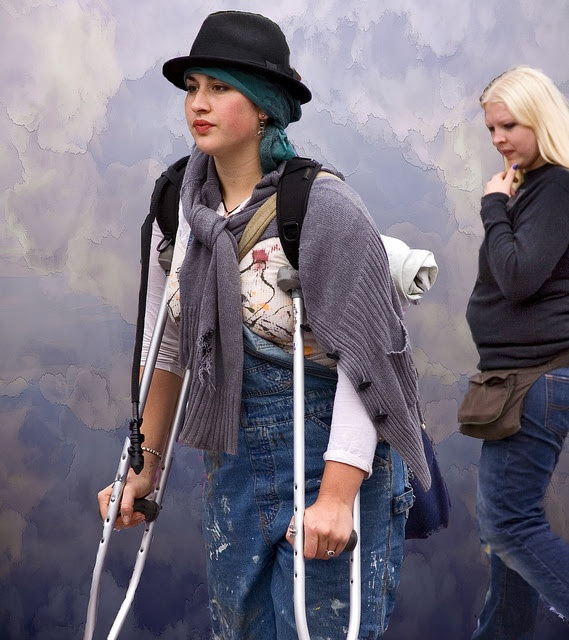 Six middle-aged people - four women and two men - sit at the large table across from me. The way they're carrying on, they must be old friends who haven't seen one another in a long time. I assume they're old high school buddies at a rare get-together. Loud laughter comes in waves from their table. Since my back is to them, I have a hard time attributing lines to certain people, but it doesn't seem to matter.

A woman howls with laughter. "Does anyone remember that night? Because later, people told me I had too much to drink."

"You did!" agrees a second woman. Her voice is thick, as if she's fighting a cold. "Seriously. You had way, way too much to drink."

"I don't remember that night but I do remember the night before," says a woman with a bit of an accent. She's German, maybe? "Some wild dancing, that's what I remember."

"We were drunk by the time we got there," says the man.

The first woman is laughing again. She stops suddenly. "Hey! We danced in the street outside the door, remember?"

There is generalized merriment, the sort of sounds made by people who've known one another for a long, long time. These men and women are comfortable together. They don't have to show off. I am surprised by a sudden desire to be part of their group. What high school had they attended, anyway? Had they gone to Garfield, my own high school? I grew up here in Seattle, so it's not impossible. I strain to hear any mention of a school, but they're intent on reminiscing about their wild party.

"I said some obnoxious things, right?" asks the woman with the loudest voice.

I hunch over my laptop, shaking my head as I type her words. Clearly, the woman could become obnoxious without too much extra effort.

"Oh my god," says the woman with the cold. "So did Allie. She said some pretty outrageous stuff too."

"Allie had such a great voice, though," says the second man, who has been quiet up till this point. "But she was so loud. God, that girl could talk. And she wasn't loud at the right times, you know?" He paused. "I wonder whatever happened to her?"

"She sent an email to me," says the almost-obnoxious woman. "Before that last thing."

"Me too," says a woman who'd barely spoken. She has a cute bleached pixie haircut (I looked). "I was going to answer her email, but I forgot about it in my inbox. I never wrote back."

The first man sounds wistful. "She sent me one too."

"And me," says the woman with the cold. Her voice sounds even more hoarse now.

"I didn't see her after that night," says pixie hair.

"Me neither," says German accent woman. "But my god. That party..."

"...was memorable," the loud woman finishes for her.

This is met with prolonged laughter. They've forgotten about Allie. They've moved on. Perhaps that was the way it had always been with them.

"I've got some video," says one of the men. "Of that night. Can you believe it?"

He promises he will. And then the conversation moves on. Their get-together goes on for another hour. But, dang it all. They have left me hanging! I want to see that video in the worst way. Is it of their "Memorable Night? It must be. What does it show? The dancing in the street? The obnoxious things they said and did?

Most of all, I want to see Allie. Awful Allie. Loud Allie. Allie who had a great voice, but whose email no-one had bothered to answer. 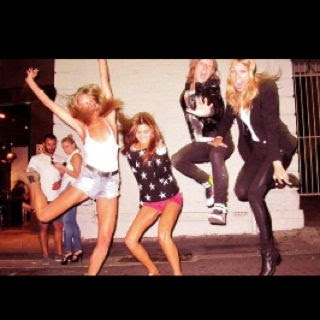 Which One Is Allie?

Snippet Number Three:   Have I Ever Let You Go Hungry?

There is a young family not too far away from me. Mom wipes crumbs from the table while Dad helps Little Boy, who is perhaps three years old, into a chair. Dad sets a napkin, a plate with a chocolate chip cookie, and a small glass of cocoa in front of him. Mom reaches over and breaks the cookie in half. This, predictably, sets Little Boy into a fit.

Mom is gentle but firm. "We always cut it in half. Every time. You know that."

"Look how big it is, honey. It's enormous. It's special."

This makes me smile - I can't fault the little boy's logic. But he's getting pretty invested in the second half of the cookie - he's scowling. His arms are locked across his chest. Anyone can see that a tantrum is about to erupt.

But Mom doesn't seem to notice. "We don't usually eat so much sweet stuff," she says. "You're not used to it. You can have the other half later."

There is a weighty silence. Then, quick as lightening, the child grabs for the other half.

"No!" says Mom, somewhat less gently. "You heard what I said, Nigel. You can have half of it now and the other half when we get home."

Little Boy kicks the table leg whomp-whomp-whomp. "Daddy!" he wails. "Can I have it?"

"Mommy said no." Daddy sounds as if they've been through this before.

Little Boy begins to sob. He is heartbroken, as if he thinks he's about to die. But he quiets when Mom kneels beside him and takes him in her arms.